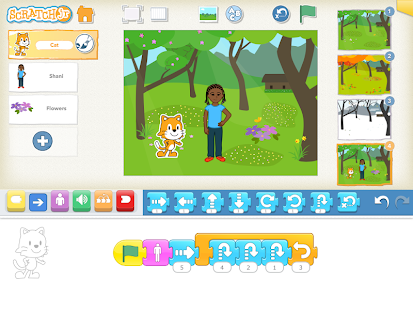 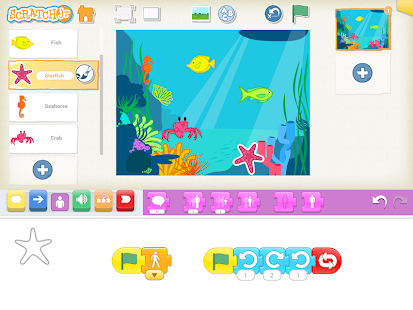 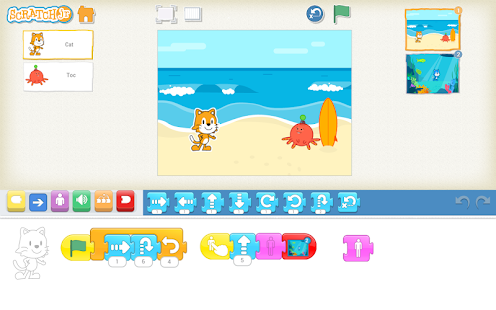 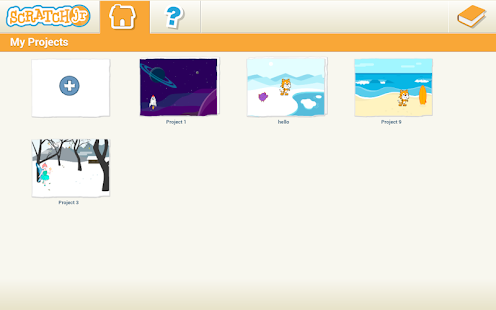 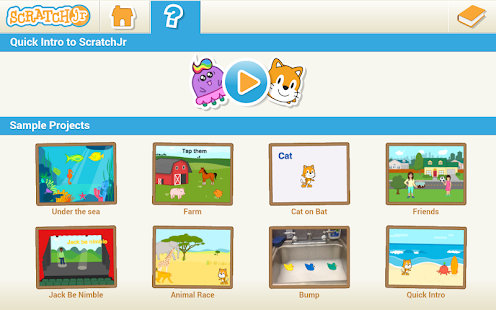 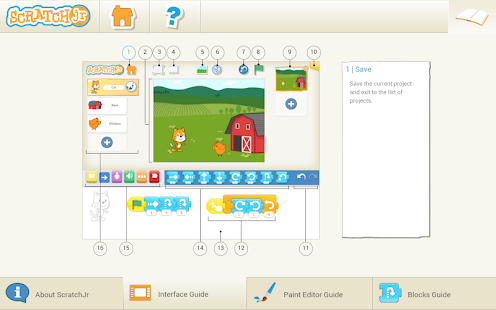 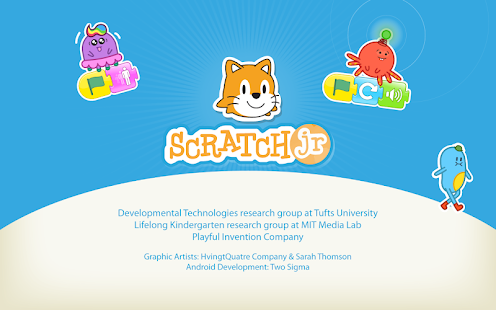 ScratchJr was inspired by the popular Scratch programming language (http://scratch.mit.edu), used by millions of young people (ages 8 and up) around the world. In creating ScratchJr, we redesigned the interface and programming language to make them developmentally appropriate for younger children, carefully designing features to match young children’s cognitive, personal, social, and emotional development.

We see coding (or computer programming) as a new type of literacy. Just as writing helps you organize your thinking and express your ideas, the same is true for coding. In the past, coding was seen as too difficult for most people. But we think coding should be for everyone, just like writing.

As young children code with ScratchJr, they learn how to create and express themselves with the computer, not just to interact with it. In the process, children learn to solve problems and design projects, and they develop sequencing skills that are foundational for later academic success. They also use math and language in a meaningful and motivating context, supporting the development of early-childhood numeracy and literacy. With ScratchJr, children aren’t just learning to code, they are coding to learn.

ScratchJr is a collaboration between the Developmental Technologies group at Tufts University, the Lifelong Kindergarten group at the MIT Media Lab, and the Playful Invention Company. Two Sigma led the implementation of the Android version of ScratchJr. The graphics and illustrations for ScratchJr were created by HvingtQuatre Company and Sarah Thomson.

If you enjoy using this free app, please consider making a donation to the Scratch Foundation (http://www.scratchfoundation.org), a nonprofit organization that provides ongoing support for ScratchJr. We appreciate donations of all sizes, large and small.

This version of ScratchJr works only on tablets that are 7-inches or larger, and running Android 4.2 (Jelly Bean) or higher.

Terms of Use: http://www.scratchjr.org/eula.html
* updated people and new babies in the character library
* minor bug fixes