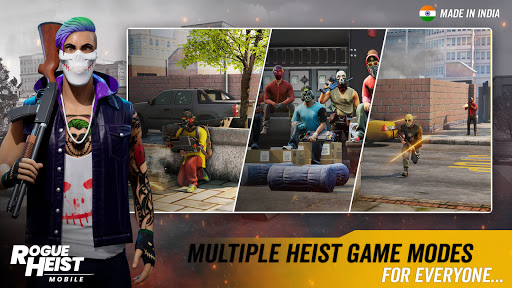 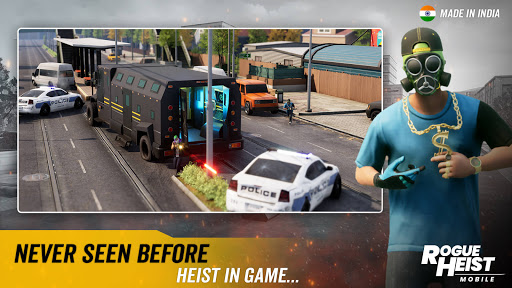 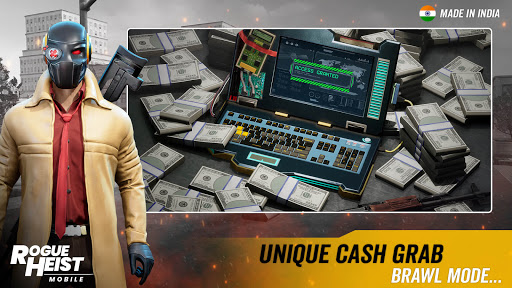 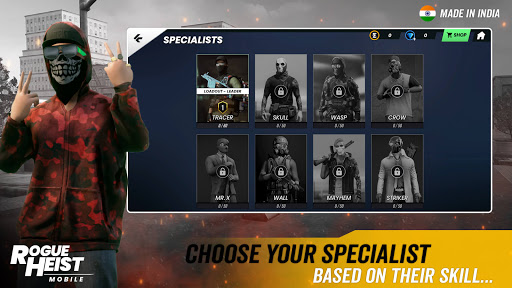 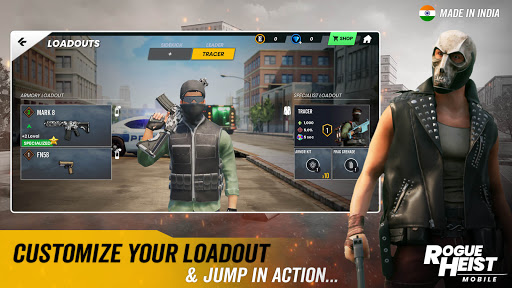 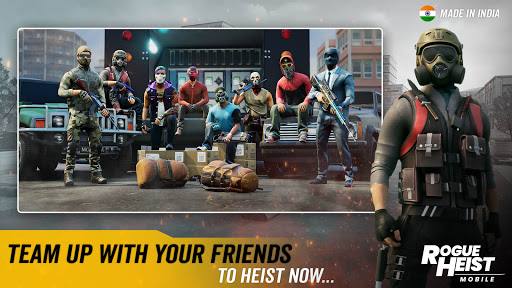 Welcome to Rogue Heist, an intense, competitive yet fun third person shooter game that changes the way you always looked at a Heist. This time it’s a two-sided story, both sides eyeing the same loot & that’s where the action lies. You team up with your crew in a 5v5 Heist Mode to experience some adrenaline pumping matches.

The USP: every match is different & unique since you never know what strategy your opponent has got running against you; so either you have to ace from the very beginning or try hard catching up.

Battle with your crew or go solo to experience other game modes because playing is much easier than mastering. With 8 specialists to unlock & a fully loaded store; you have the opportunity to reach the ROGUE level!

Heist Mode
A unique Heist Mode where both the teams are vying for the same objective in a series of events to come out as a winner. Strategy & teamwork are most sought after skills for this mode.

Brawl
Each player enters as a solo competition to transfer the largest virtual sum to his account in the game. With every other player as an opponent, you got to pick between surviving or risking to loot it all. Fast paced yet action packed; the biggest stealer wins.

Gang War
It’s the all guns out mode. Vengeance maybe; your gang Vs the opponent gang. The competition to either have more kills after a timer of 7 minutes ends or reach a total of 50 kills first; wins.