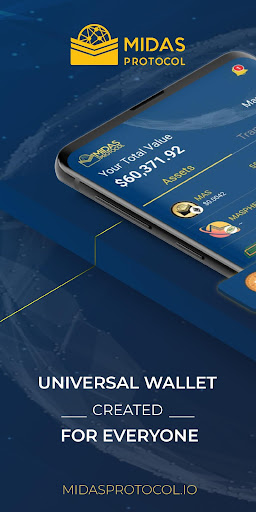 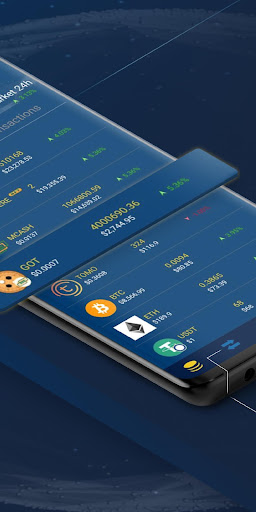 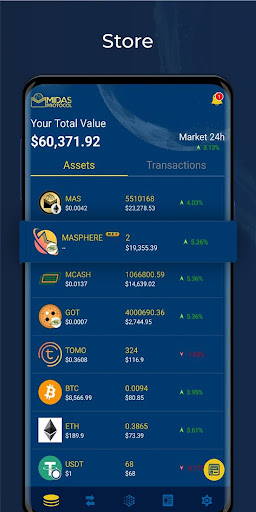 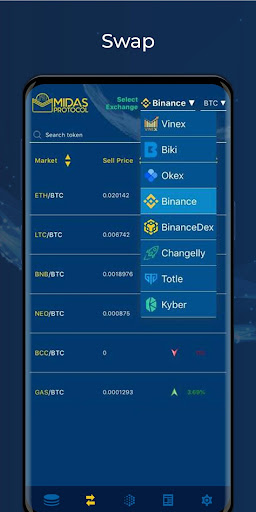 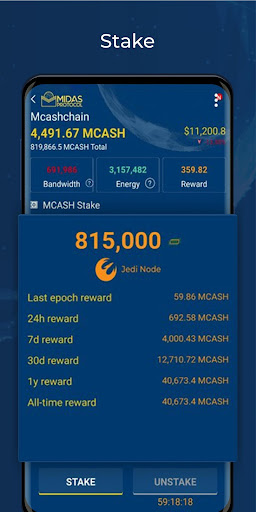 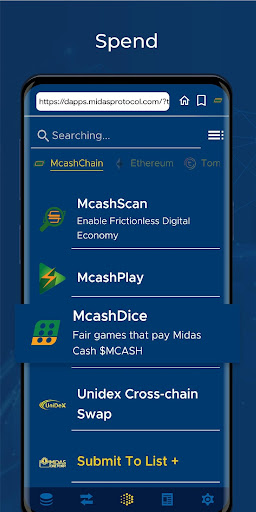 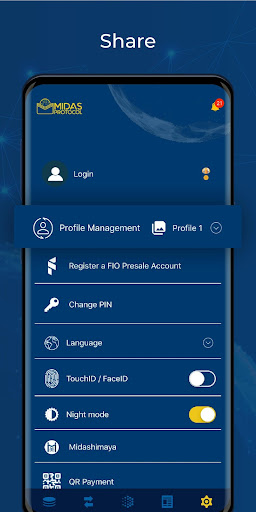 Midas Protocol wallet is a crypto wallet that was designed for mobile users, allowing them to send, receive, and store crypto and tokens. It also allows access to DApp and both centralised and decentralised exchanges in the same app. Among the exchanges that can be accessed includes VINEX.NETWORK, which is a Midas ecosystem centralised exchange, Binance, Biki, OKEX, Kucoin, Changeally, Totle, Kyber and Binance DEX.

The Midas Protocol mobile wallet is fast, responsive, stable and lightweight, on both iOs and Android. The wallet is integrated decentralized applications or DApps and also BApps or Blockchain Enabled Applications, in order to allow users to interact with their tokens directly from the wallet.

The Wallet also has integrated a decentralized exchange via its collaboration with Kyber Network as well their own UNIDEX which allows cross-chain atomic swap from token to token level. It also includes Web3 browser which facilitates interaction with DApp directly from wallet and also signin by Midas which simplifies the signin process for multiple platforms using one signin.