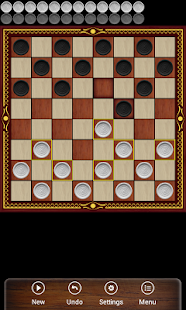 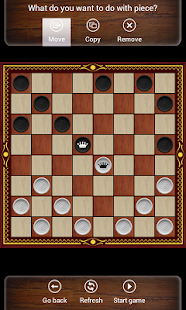 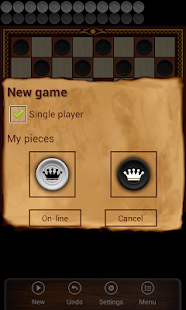 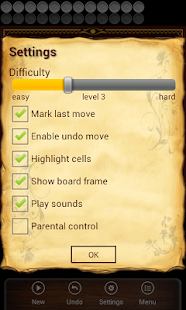 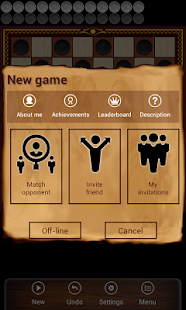 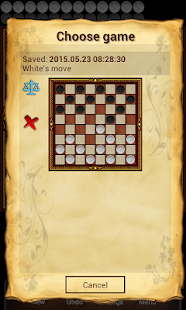 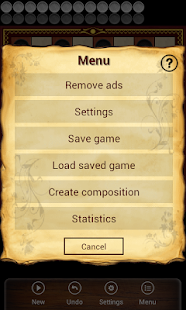 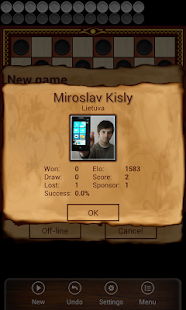 Italian Dama (also known as Draughts or Checkers) is a variant of the Draughts game family played mainly in Italy and Northern Africa. The board game does not need special representation, as well as, for example, the backgammon, chess or cards game. Checkers is a challenging board game that can train your logic and strategic skills. Challenge your strategic skills with this relaxing game.

The game rules:
√ White always moves first.
√ Men move one square diagonally forward. Should they reach the file farthest from the player to which they belong, they become kings.
√ Kings can move forward or back one square, again only diagonally.
√ Capturing is mandatory.
√ The huffing rule was removed from the official rules.
√ Men may only capture diagonally forward, and can capture a maximum of three pieces in a row.
√ Kings move, as well as capture, backwards; also, they are immune to men. They can only be captured by other kings.
√ A player wins when he has succeeded in capturing all of his opponent’s pieces, or if his opponent resigns.
√ A draw occurs when neither player can theoretically take an opposing piece.
[v11.10.0]
√ Common improvements, added Comoros
v11.7.0]
√ Saved games categories
√ Online improvements
√ Changed marble boards
[v11.1.0]
√ Saved game improvements
√ Ability to export game to PDN
[v11.0.0]
√ New advanced AI with 9-10-11-12 levels!
√ Online stats display improvements
√ Other small improvements

Room and a half 2