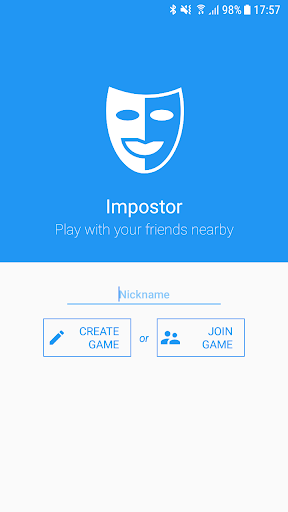 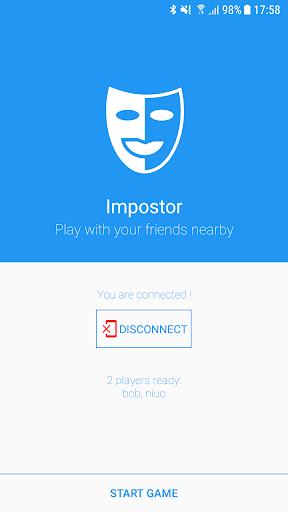 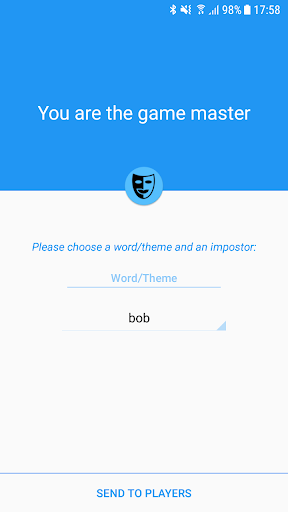 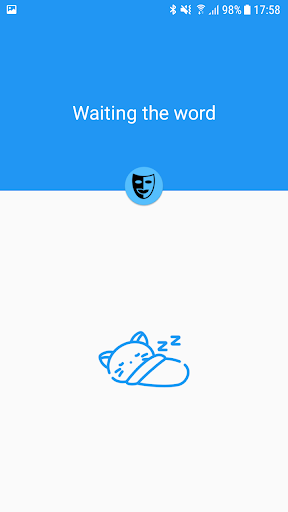 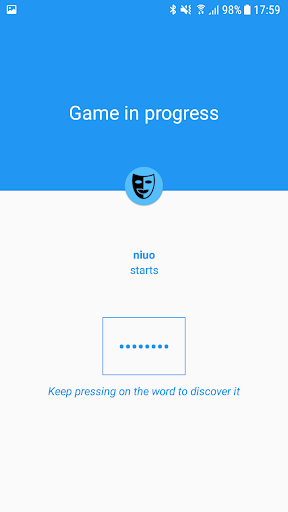 The rules of the game “impostor” are simple:

The game begins and, in turn, a player gives a word in relation to the theme. The impostor must also give a word trying to guess the theme to not be unmasked.

Then the impostor becomes the master and a new game begins.

—————
This app works from Android 6.0 (Marshmallow).
It uses the Nearby Connections APIs. It therefore requires connection permissions.
One person is the creator of the server, and the others connect to it.
Update UI.
Better management of the connection service.
Add the name of the player starting to speak.